​Arshriya Koul ‘25
Chief Financial Officer
​Arshriya Koul is a rising sophomore studying Business Administration with intended concentrations in Finance and Accounting and an intended minor in decision science. She is from Monroe, Connecticut and will graduate in 2025. She joined SWS and the SWS Research Board in her freshman fall semester and now serves as Chief Financial Officer. Alongside SWS, Arshriya is involved with the Tartan Student Fund and Moneythink. In her free time, she loves to go on spontaneous adventures with her friends, binge-watch Netflix period dramas, and dance. She is extremely excited to hold a position in the Executive Board in the coming year, as she hopes to encourage all women to explore various financial careers! 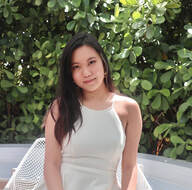 Victoria Han ‘24
Chief Investment Officer
Victoria Han is a rising junior studying Computational Finance with everchanging additional majors and minors. She is from Beijing, China and will graduate in 2024. She joined SWS early in her sophomore year and has participated in the SWS lecture series, investment project, and Research Board. Last summer, she was on a fixed income trading research team and the Market Watch Seminar led by Professor William Hrusa. Outside of SWS, she is also involved with Quant Club and Delta Delta Delta. When she was an engineering student, she participated in Carnegie Mellon Racing and Iris Rover as well. She also loves volunteering and has been a two-time staff member of the First Year Orientation Program: once as an Orientation Counselor for Hamerschlag and once as an Orientation Leader for Scobell. In her free time, she loves exploring food in Pittsburgh and taking naps anywhere on campus. 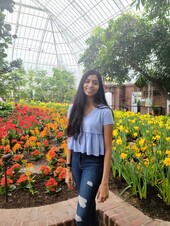 Riya Patel ‘25
Co-Chief Development Officer
Riya Patel is a rising sophomore studying Business Administration with an additional major in Statistics and an intended minor in Computational Finance. She is from South Brunswick, New Jersey and will graduate in 2025. Riya joined SWS in her fall semester of freshman year and will now serve as the Co-Chief Development Officer. Since joining SWS, she has been on Research Board and participated in the 2022 Stock Pitch Competition. Outside of SWS, Riya is involved with the Tartan Student Fund, Scottie Ventures, and TEDxCMU. In her free time, she loves to bake, go on hikes, and binge-watch TV shows. She is excited to work with the Executive Board this year to expand the club’s reach and encourage women interested in pursuing careers in finance! Amanda Hioe ‘25
Co-Chief Development Officer
Amanda Hioe is a rising sophomore studying Business Administration with an intended finance concentration and computational finance minor. She is from West Linn, Oregon and will graduate in 2025. She joined SWS and the research board in fall freshman year and now serves as the Co-Chief Development Officer. At Carnegie Mellon, Amanda is also involved in Moneythink and WRCT. In her free time, Amanda enjoys binging Netflix shows with friends, exploring delicious food, and dancing. Catherine Mathews ‘24
Chief Human Resources Officer
Catherine Mathews is a rising junior majoring in Business Administration with an additional major in Statistics & Machine Learning. She is from North Brunswick, New Jersey and will graduate in 2024. Catherine joined SWS in her freshman year, and has since been on Research Board and served as the past CHRO. On campus, outside of SWS, she is involved with Women in Business and the Carnegie Mellon Business Association. By being a part of SWS board, she hopes to further strengthen the SWS community.